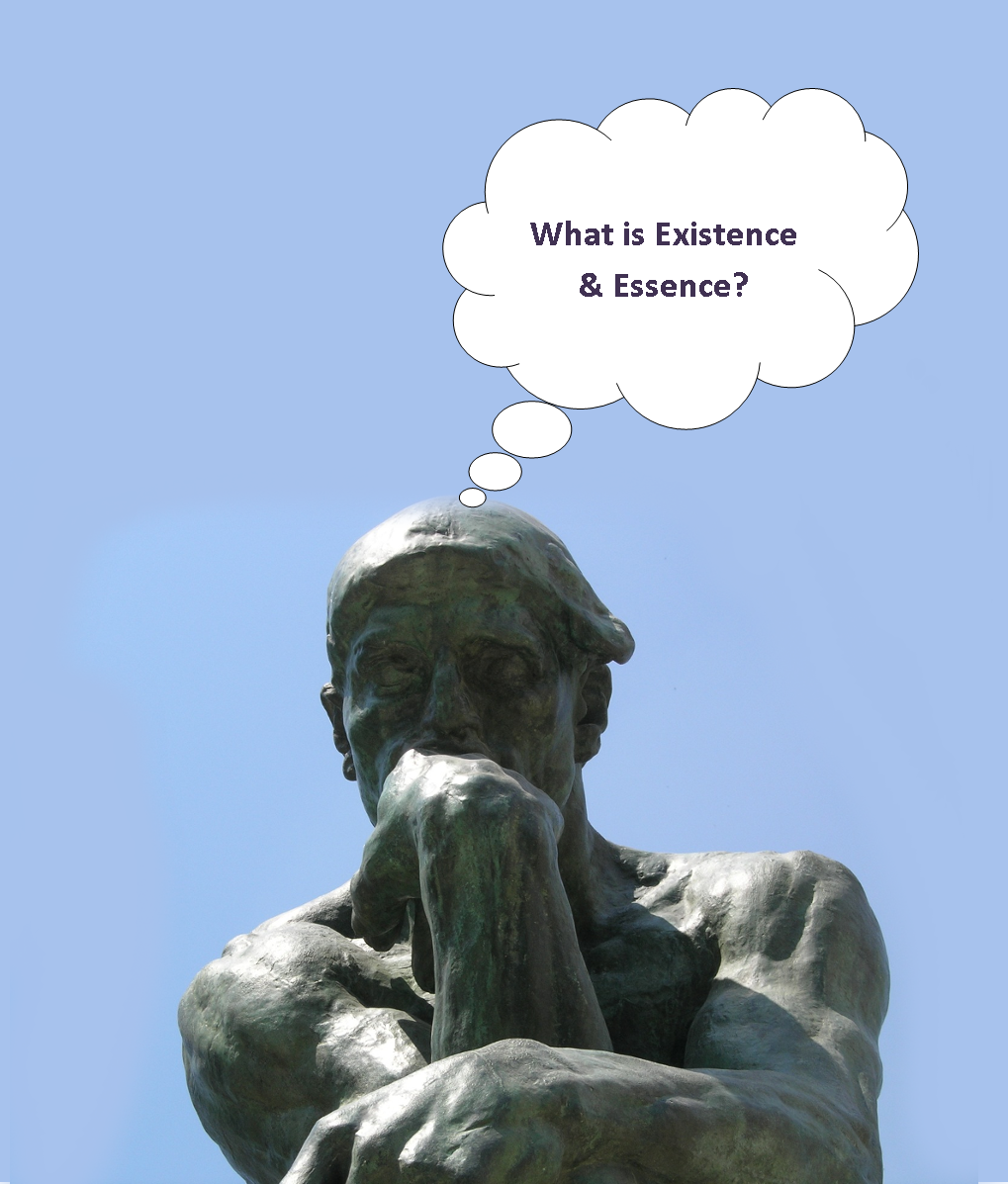 Existence and essence, ah that philosophical duality opposed daggers drawn and yet despite the antagonism they need each other in order to be. Though, If I were to hazard a guess in separating these philosophical twins I will say this, if we negate existence and are then left with essence, then the outcome that we have is called fiction. Which is why stories and events that have not existed in reality are confined to the fiction section of a bookstore. but I digress.

I go on to define existence and essence and discuss the differences between the two:

Existence is concerned with acknowledging that something is. This idea is a binary concept, either something has a presence in reality meaning it exists or it does not have a presence in reality meaning it does not exist or no longer exists. Existence as a concept does not go into the description and detail of what a thing is; that is the job of essence. Existence however, does provide essence the material to work on allowing it to ascribe all the what-ness of an object.

Essence is more abstract than the concept of existence, it’s a more fluid concept in contrast to existence because more can be said about the ‘what-ness’ of something. Under its umbrella, essence includes sensible characteristics, for example, the shape of an object can tell us about the essence of something, it includes categories, behaviour and functions etc. We ascribe essence or the what-ness of something just by the simple act of looking at the object. You look at your table, cup and chair and your behaviour and attitudes towards these objects are different depending on what object is being interacted with. You sit on a chair, your table fulfils the function of a holding platform and your cup serves as a store of liquid to drink out of. All of these have different categories demarcated by their use and therefore differ as their own essences… and you know it! That’s why you don’t answer the phone with a banana or try to cut the turkey with a spoon. Essence is useful as it allows us to discriminate between the characteristics of one object and another. It’s all thanks to language for giving us the notion of essence to ascribe properties to something that is otherwise a physical object made up of an aggregate of atoms.