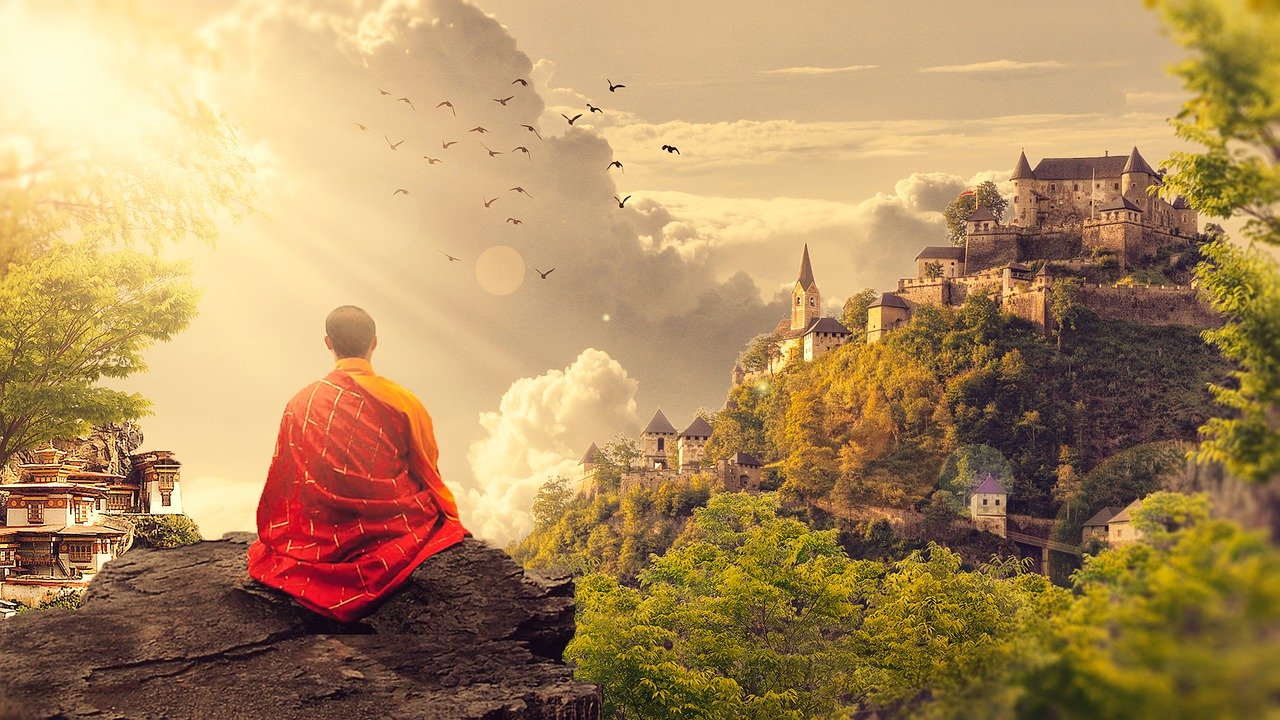 Karma cannot be escaped. Karma just simply means ‘your doing,’ and is not the simplistic concept of retribution and revenge that we’ve been fed in the west out of semi-ignorance of the spirituality of the east.

It’s like this if you get sacked from your job in this life, it does not mean that in a future life you will get to sack your boss or have direct revenge on anyone that harms you, likewise it doesn’t guarantee that those who wrong you will have some kind of revenge on you in a tit for tat manner.  If I hit you with a hammer, it does not mean that one day you’ll get to hit me with a hammer, with equal and opposite force.

It’s easier to think of Karma as a principle that works in a deterministic fashion so that for every action a consequence follows, all events can be traced back to a previous cause that also has its origin in an even earlier occurrence, thus Karma is the unseen consequences of all previous choices culminating in either a good or a bad way.

If I upset my friend and he doesn’t want to bother with me again. I am instantly suffering as a result of this because I’ve lost his friendship and goodwill. That’s Karma!  Likewise, if I am unfairly fired from my job, I may suffer a loss of income and a whole host of negative effects on my lifestyle, but my old boss would be suffering too as he will have lost my respect, friendship and the ability to do a good job for him and that would be his ‘doing’ or his ‘karma’.

If a man is violent and punches someone on the nose, the victim immediately suffers the effects of the eye-watering assault leading to one of his own fists to smash into the face of the perpetrator in the most reactive way possible; both men are victims of Karma because they’ve previously done something to put them in a position of conflict.

This is why Jesus’s teachings on ‘forgiveness,’ and ‘turning the other cheek’ were revolutionary in their day because to do so was to stop karma in its tracks.

If a man sets out of his house and crosses the street only to be hit by a car and hospitalised, that is his karma, he made the choice to set out at that time and stepped off the kerbstone at just the right moment to be hit by a car. It’s his doing, had he left at another time such an accident would never have occurred.

I’ve seen Karma ripen when the compounded effects of things that bad people have done have come back to bite them in the arse, but that is because they’ve done so many bad things that eventually the fruits of their misdeeds make themselves known.  This makes a deterministic understanding of Karma a lot like the ancient Stoic understanding of Virtue and Vice.

Virtue is its own reward.

If you live virtuously then good things, experiences and events are the ultimate rewards, should you live a life of vice then a bad, miserable and stressful experience of life is guaranteed, either way, you are the architect of your own destiny, your actions become the engine of your fate.

I’ve seen bad bosses get the sack after years of abusing employees and bad people lose all of their friends, some have even lost their entire families who disowned them. All of these things could have been avoided by them if they could have made the mental leap to understand that their actions have consequences, that every deed whether good or bad generates merit or lack of it and when the time is right, that karma can ripen and help you through bad times or turn good times into miserable experiences for you alone.

The fundamental thing to grasp is that there is no god of Karma that is balancing the scales in the skies and no outside agency to punish or reward you for your actions.

There are only deeds and their consequences, in other words, simple determinism, that is all!