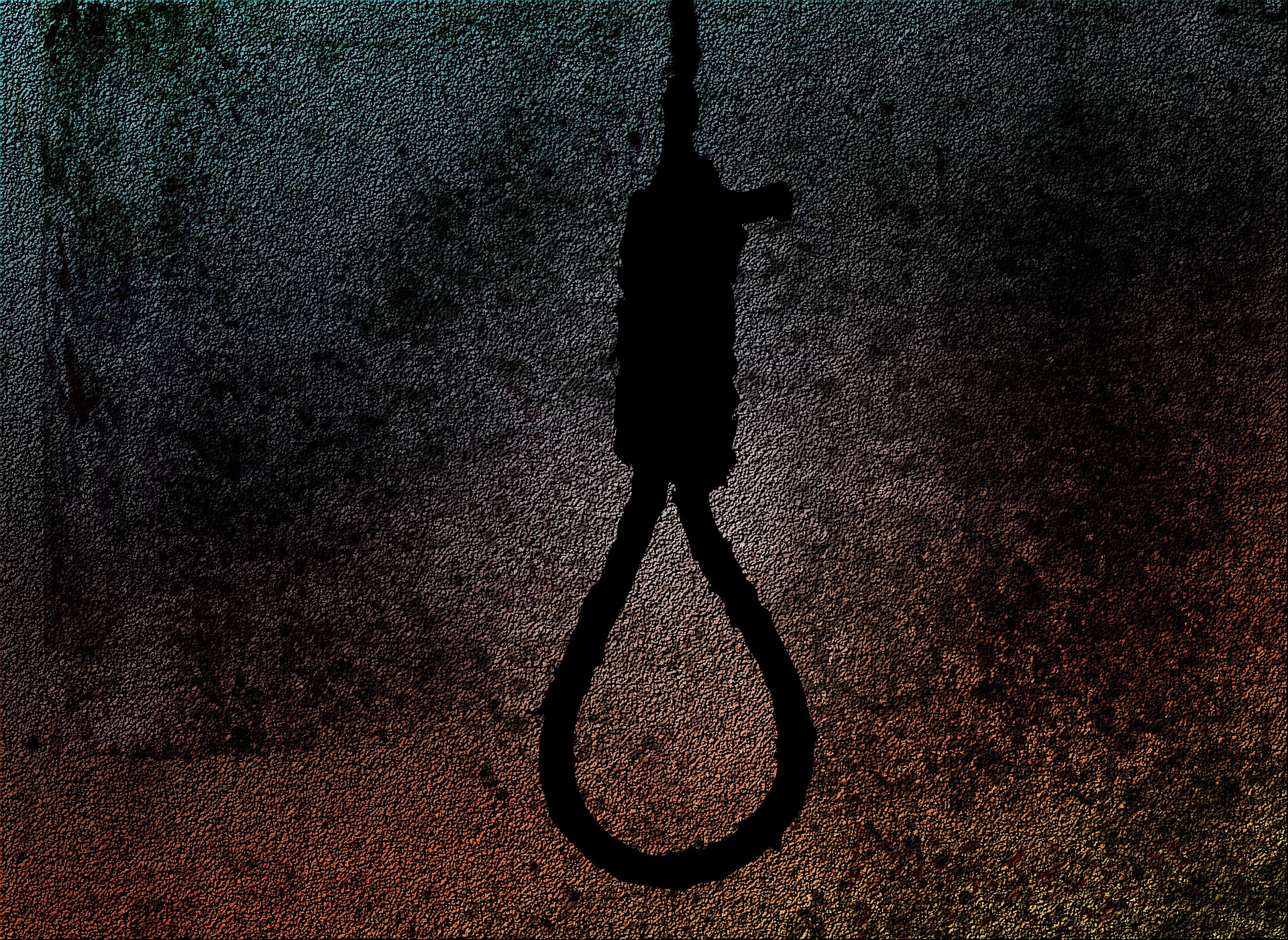 With a little help from Marcus Aurelius…

I like to think of myself as a modern-day stoic, I like the idea that we can live for virtue, or more simply put that we can resolve to do the right thing at the right time as often as circumstances allow.

A virtuous life is indeed a good life, all of us have an innate understanding of virtue, (the correct way to act).  Virtue is its own reward and in order to improve ourselves over time we must embrace virtue and avoid it’s opposite (namely vice).

“Waste no more time arguing about what a good man should be. Be one.”

There are many vices, unnecessary cruelty is undoubtedly a vice, forcing the innocents to suffer is also a vice.  Those innocents might be animals, they might be children, they just might be vulnerable people who have done nothing wrong and are powerless to fight back, unable to enact justice on their own, or worse yet they might have no comprehension of justice.

“Dig within. Within is the wellspring of Good; and it is always ready to bubble up, if you just dig.”

The ancient Romans, for example, had a huge empire and an economy that primarily relied on slavery to get things done.  The rich could not have been rich without the indentured labour of slaves.

In comparison to modern standards of workers welfare and individual liberties, slaves could not have been treated well.  Indeed it is known that they were often demeaned, humiliated, brutally punished for the most minor of offences, killed if they ran away, routinely sexually abused and should a slave kill his master then all of the household slaves would be killed.  Yet amongst this general climate of dominance, abuse and the quelling of the masses with overwhelming threats of violence philosophy flourished, especially Stoicism which was taught to the young men of the great noble houses of Rome and considered good preparation for the trials and tribulations of a political or military life due to its focus on serving the community and the requirement that you do all that you can to live virtuously.

“Every living organism is fulfilled when it follows the right path for its own nature.”

Meanwhile, public executions went on in the cruellest and degrading of ways for the entertainment of crowds.  Men were forced to fight each other and savage animals to the death on the whim of the reigning emperor.

“The best revenge is to be unlike him who performed the injury.”

A clue I think to this discord between the rule of law, the desire to see virtue highlighted above all things and the casual brutality of the Roman world is in the fact the noble emperor Marcus Aurelius saw himself as a small part of human society, that together all people everywhere made up the whole and were destined to work together in whatever way that Providence saw fit.

Slaves were slaves due to Providence (a form of soft determinism), as were generals, senators and emperors, to see this as mere bad luck or unfairness was to accuse the gods of unfairness.  The god’s orchestrated the world and all things within it. Each man was placed within the world according to the wishes of the gods, his actions and the events that unfolded in his life were seen to be as a result of the god’s machinations.  The concept of free will could only be applied to the things that you could directly control, most of the events in life were beyond your control and thus represented the will of the gods. Only the epicureans saw things somewhat differently.

It’s worth considering that this must have been a common view in those times, although we today would consider it flawed on many levels.

It’s also worth noting that Marcus Aurelius hated the games and it apparently showed on his face so much so that he risked gaining the disapproval of the crowd when necessity forced him to attend.  Having read his meditations Marcus doesn’t strike me as a cruel man, yet as a stoic, he would have respected Roman Law and if the penalty for a given transgression was death would no doubt have applied it.

A good stoic, indeed a good philosopher of all schools would have respected the law.  The most famous example of this goes further back in time to the death of the Athenian philosopher Socrates (399 BC) who upon being condemned for both corrupting the youth of Athens and impiety could have paid a fine to avoid the death penalty but chose not to.   His friends were able to engineer his escape from death by bribing his guards, but Socrates stayed put and willingly accepted his fate drinking the hemlock when his time was to end. Should Socrates had done otherwise it would have meant his breaking the social contract between himself and the state of Athens.

“Live out your life in truth and justice, tolerant of those who are neither true nor just.”

Throughout his life, Socrates had lived and prospered as a result of the laws and protections of Athens.  To refuse to follow the law even if it resulted in his own death would be an act of harm against the state which in turn would be an unprincipled and virtueless act!

“Which is recorded of Socrates, that he was able both to abstain from, and to enjoy, those things which many are too weak to abstain from, and cannot enjoy without excess. But to be strong enough both to bear the one and to be sober in the other is the mark of a man who has a perfect and invincible soul.”

As a result of this commitment to excellence and virtue Socrates was then and is still considered today to be one of the greatest of philosophers, his works and the example of his life and death would undoubtedly have been known to all students of philosophy in the years that followed his demise and the reign of my favourite emperor Marcus Aurelius.

So where is this all leading you might be asking?

I was a bit surprised to read on the Quora website the other day an answer that shocked me from a young lady who replied to a question that was phrased along the lines of ‘what’s the worst thing you’ve witnessed but secretly enjoyed?’

Her reply was that she had witnessed the execution of a child murderer, she revealed that she lived in a middle eastern country the person had been found guilty of a heinous crime and she had watched the execution and enjoyed it.

This played on my mind for quite a while.  I found myself how can anyone take pleasure in executions being mindful that in my own country executions would draw large crowds in the middle ages right up to when they were abolished in 1965.

I can understand the desire for vengeance, the need to punish the wrongdoer, but I’ve never liked the idea of capital punishment and I’ve always looked down my nose in disgust at those who want to bring it back, but have never been able to articulate why exactly.

It’s not just the miscarriages of justice that in my mind at least make the death penalty untenable, after all, if an innocent man is convicted and hung, that’s an event that cannot be reversed that make the application of capital punishment wrong (a vice) but the stoic idea of virtue.

I take the view that as good stoics we should live for virtue.  Like Marcus Aurelius I begin each day in Stoic Meditation, setting my intent, before commencing work, chipping away at my goals and tasks then reviewing the day before going to bed, thinking and often recording where I’ve done well, noting where virtue has been developed and vices avoided.  Like Seneca, I’m not a perfect man but I’m happy if I can improve slightly each and every day. The pursuit of virtue makes better men of us all slowly, over time.

Is it virtuous to take a man’s life?

Is it virtuous to allow the state to have ultimate power over a man’s life?

Why is it wrong (a vice) to apply the death penalty?

For me the answer is to do with redemption, it seems to me to be virtuous to allow each and every man the opportunity to find redemption to give them as much time as humanly possible to do so.

“Confine yourself to the present.”

Thus it would be a vice to kill a man now and to remove from him the opportunity to redeem himself.

“Whoever does wrong, wrongs himself; whoever does injustice, does it to himself, making himself evil.”

Redemption comes in many forms, for some, it’s in the eyes of God, for others, it’s personal atonement for their misdeeds.  Others don’t ever find it at all. Redemption cannot be forced upon a man, it can only come from within. The purpose of imprisonment should be redemption, atonement and the removal of vice.

So yes, throw a convicted criminal into prison, remove him from society and give him the tools to redeem himself if guilty,  and if it turns out that he’s been wrongly convicted at least he can be released and compensated for his imprisonment. You cannot compensate a dead man!

If the god’s give life to men, then only the god’s should take it away, to do otherwise is to interfere in their plans or accuse them of unfairness and deny providence.