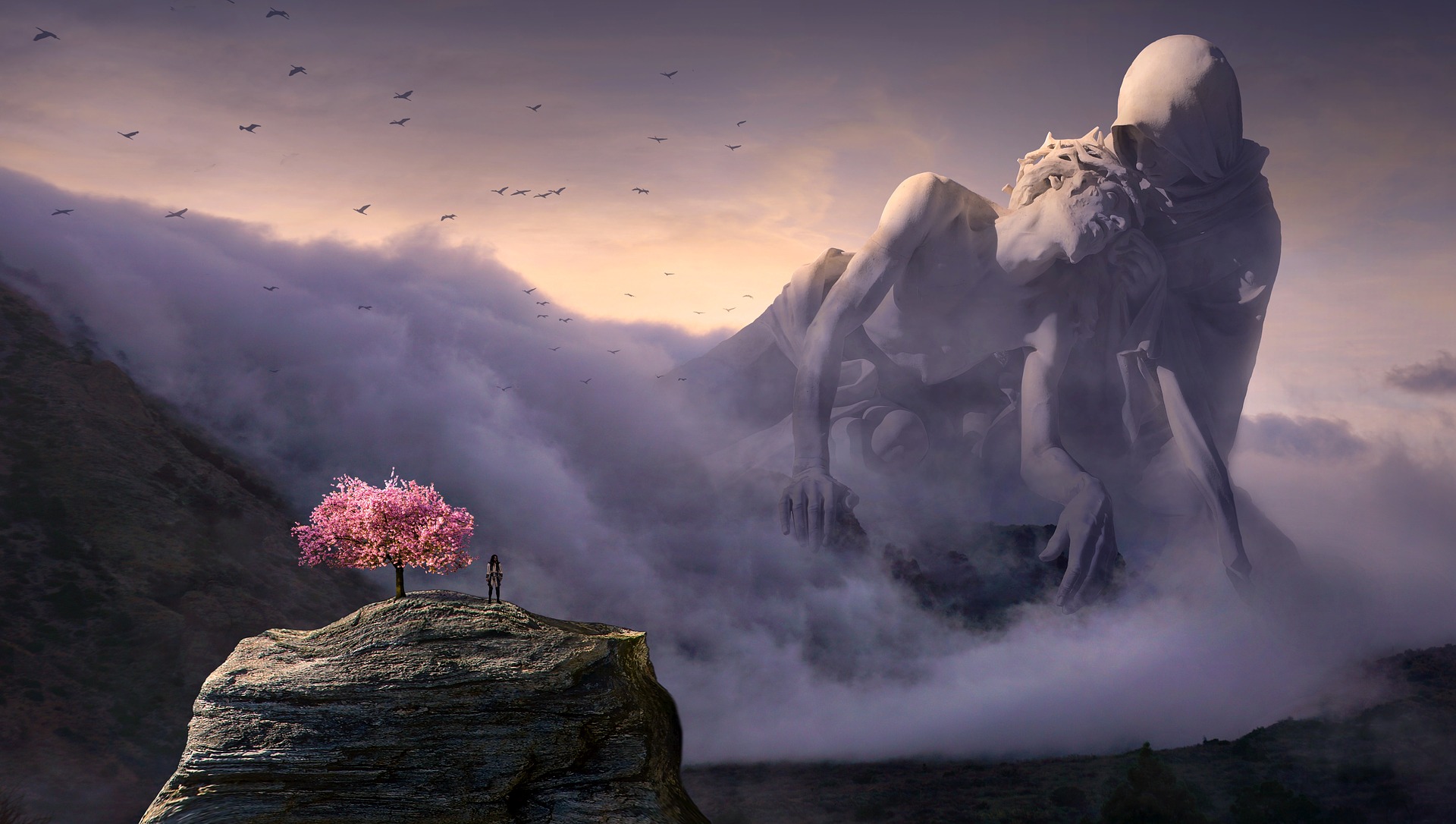 Of all of the questions that philosophers commonly get asked this one keeps on coming up time after time, after time. People ask ‘why is there suffering in the universe?’ As if the universe is some kind of inherently perfect thing in which suffering does not belong. In one sense these people are right to ask, and intuitively feel that suffering is somehow or other ‘wrong,’ on a fundamental level, yet rarely can they vocalise the philosophical truth buried deep in their subconscious that suffering is the product of an undisciplined mind.

The Entropy of Life.

A living thing is a complex thing, continuously under assault by the environment and other creatures, it has to perpetually renew itself to survive. If you can interfere with that process then disease and death follows. Even single-cell entities are very complex, requiring that all of their functions and life processes work correctly and in equilibrium with one another. The more delicate the balance, the easier it is to disrupt that balance and put an end to those life processes. Single cells simply die, bigger more complex creatures experience bodily discomforts along the way, especially if they are a potential food source for other equally complex organisms (sabre tooth tigers perhaps). Hence you can see that aches, pains, illness, injury, chronic disease and ultimately death is baked into the universe. It’s as much a universal law as is gravity or the speed of light.

Bodily conditions come and go, you will either survive them or they will kill you, but suffering is the product of an undisciplined mind. The sage knows that suffering is optional, at any time you can choose not to suffer, such was the case with Epicurus who at the age of 72 in 270 BC, couldn’t pass a stone in his urinary tract, by all accounts he remained in good cheer and consciously choose not to suffer despite the excruciating pain that such conditions bring with them. Pain is inevitable, suffering is not. Epicurus chose not to suffer, he continued to teach in the school he founded until the very end.

“The art of living well and the art of dying well are one.”

All living things are caught within the clutches of entropy, a disordering principle that breaks everything down at a molecular level, without which no change would be possible within the universe. We can measure or estimate the amount of this principle that is present in everything that exists, this measurement is called entropy. The more complex and tightly arranged the object is, the higher is its entropy. Human beings and elephants are highly sophisticated things having a higher entropy than a rock. Rocks can last for millions of years but human beings are merely a blip in geological terms, barely registering at all when measured against the lifespan of the universe, that’s because human beings are disordered much more quickly than any rock. Poor lifestyle choices, bad DNA, a chance encounter with a virus are all forms of entropy that wear away at your organism, 24 hours a day, 7 days a week.

Entropic processes result in the disintegration of all types of things, which is why elephants do not last as long as a rock, both rock and elephant have one thing in common and that is that they are destined to change.

Heraclitus was right when he stated that ‘Nothing endures but change.’ He also took a rather dim view of the human condition and human nature. He was by all accounts a pretty jaundiced man who was prone to depression and often called ‘The weeping philosopher,’

“Life has the name of life, but in reality it is death.”

Sickness and its resultant afflictions are simply an indicator that something is out of balance in your biochemistry. Too much salt will get you a sky-high blood pressure which can eventually damage your organs. Too little salt will get you a low blood pressure which can starve your organs of vital nutrients causing them to fail, maintaining balance is the key to a healthy life.

The one thing that is common to all living things is that they will experience all manner of depredations, it isn’t possible to live in perfect health all of the time, like it or not you will get sick, some conditions you will recover from but there will be one final condition that is guaranteed to take you with it, along the way you can choose to weep like Heraclitus or be of happy like Epicurus because suffering is a product of the mind and within which you are truly free. It’s the one place that you can reign supreme, which is why suffering is optional and not baked into the universe like sickness, disease or calamitous life events like being ripped apart by a sabre tooth tiger!