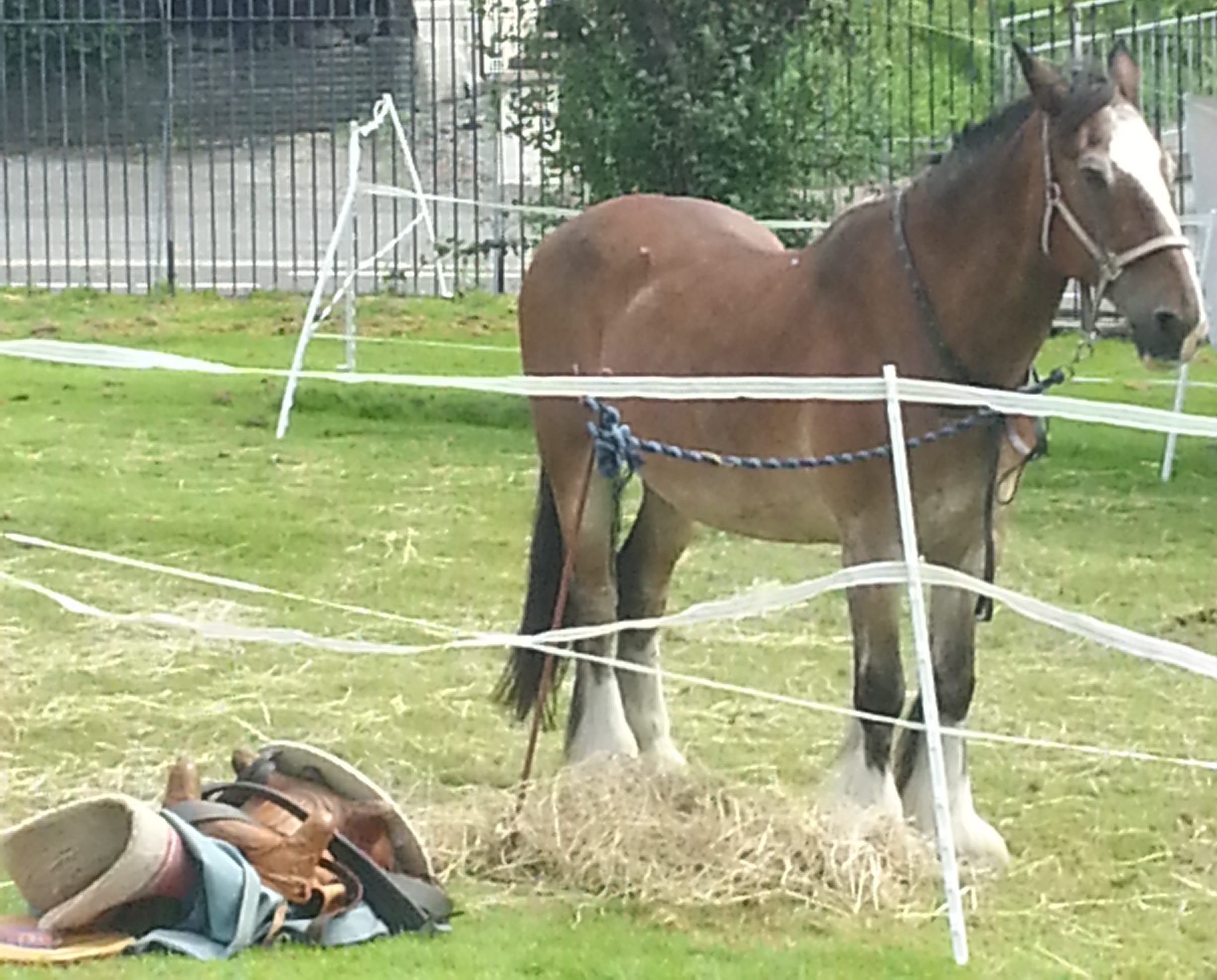 I really think this is true, namely, If you can apply the tools of philosophy to make sense of the everyday waking world we all inhabit then it becomes a useful practical utility under your belt because you’re involved in interacting with the world in a philosophical way. Those abstract concepts that are able to be put into practise (praxis)  towards the world as opposed to just being purely abstract concepts entertained by the armchair philosopher enables philosophy to enrich your life.

The notions of existence and essence are able to be put into practise, to give these notions substance I’ll have to lead by example and illustrate it with this field which had a group of horses in it while I passed during an excursion in the countryside.

In this field in the countryside, are a group of horses (not shown in picture), yet a group of horses is a group because it’s made up of individual horses. In this field I can point to any individual horse, any one of them, as each having their own bodies and biological systems as beings separate from one another with every horse in the field occupying its own position in space, it’s very own co-ordinates. This is confirmation of the existence aspect.

However, when the notion of essence is introduced, all those separately existing bodies have now a common essence which unites them to a universal category; the essence of horsiness. This essence of horsiness is what distinguishes the horse from other animals and objects by its own set of characteristics which then in turn gives its own categorisation specifically in taxonomy.

Where does this notion of essence come from? Why do I call these beings in the picture horses? When I looked upon that field the first sensory impression I received was vision. In my vision I saw a specific visual shape, that is the morphological characteristics of what makes up the essence of a horse. The idea about a horse came about in my perception only because the act of looking at them elicited my imprinted idea or model of what a horse looked like. From a fair bit of distance away from this field, the second sensory impression that comes next is hearing and with that the act of hearing their vocalisations. The vocalisations of these horses is consistent with my auditory model of what horses sound like. They neigh and not bark!

All these recurring patterns and consistencies I’ve observed of these living beings provide me with the idea-essence of the horse, therefore, with all this sense-data conforming to an essence-model I casted the judgement that they were indeed horses! Moreover in the case about the senses, and in most cases I say, vision is the most important identifier of a horse.

A bit more about existence, the fact that you can discriminate between one horse that’s sick and another one hale and hearty testifies that you treat those horses as beings of separate bodily existences. The brown horse eventually dies of its illness and the white one lives on, the former’s existence is negated and the latter’s existence continues but irrespective of whether they’re existing or not both the brown and white horse possess the essence which unites them to the category of horse.

So to break it down in summary, I point to the animal in the field and say ‘that is a horse’ the ‘that is’ signifies the fact that the animal exists while ‘horse’ is describing what kind of thing or essence is existent at that moment. So the essence or ‘what is it’ of the horse is its horsiness the categorisations that make it a horse.