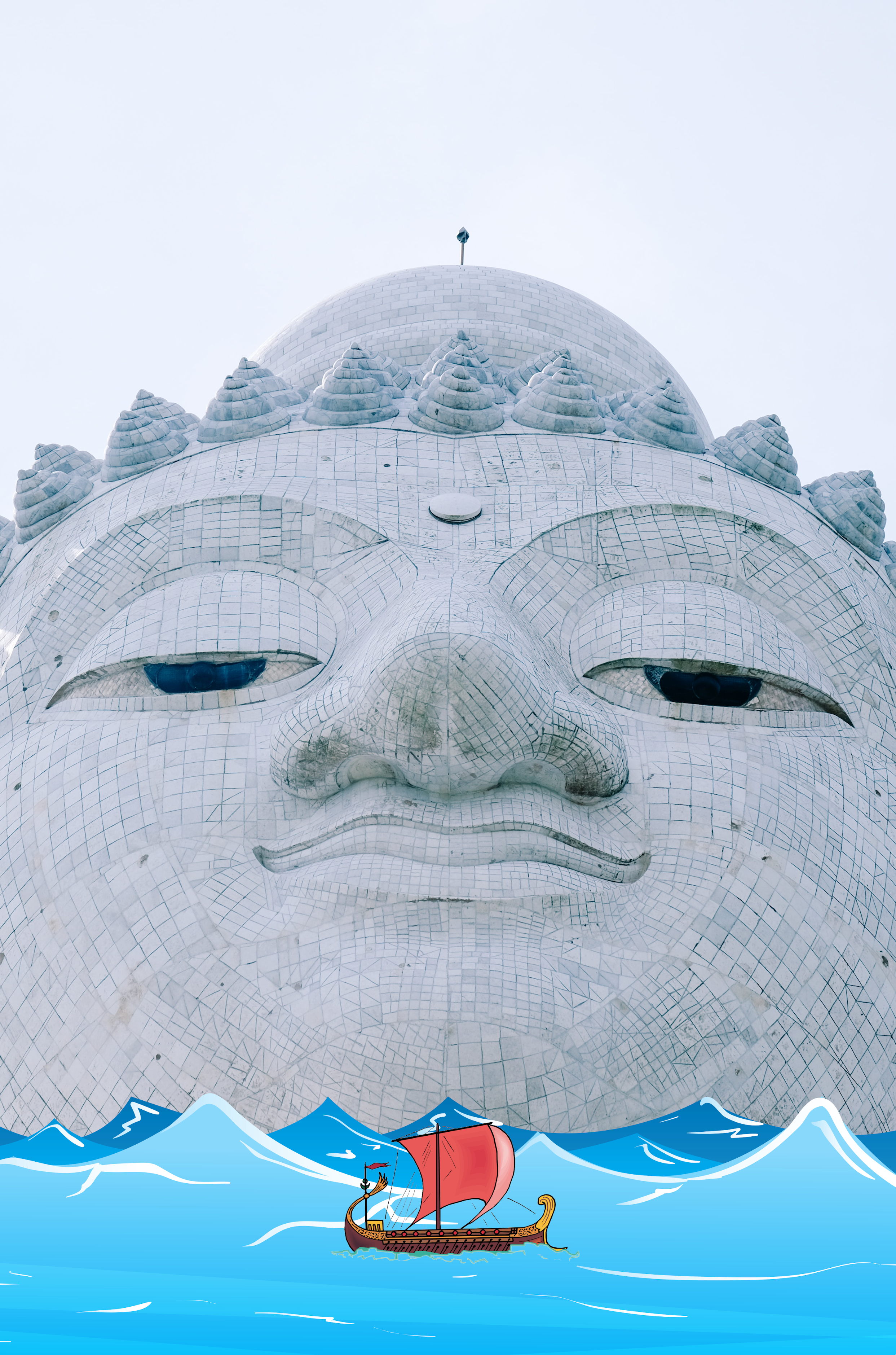 Theseus’ paradox has been a contested thought puzzle throughout the ages of western philosophy. The Ancient Greek philosophers were known for having heated debates circling in about the ship’s persistence of identity, as Plutarch stated it became ‘a standing illustration for the philosophers in the mooted question of growth, some declaring that it remained the same, others that it was not the same vessel.’ Later on the issue was resurrected by other European philosophers like John Locke and Thomas Hobbes.

But is there anything else that can provide an answer to this lively issue? Well if we turn our gaze to the East, one philosophical system that comes to my mind that I’m aware of is Buddhism and yes, there’s more to Buddhism than just being a mere religion.

Buddhism does not operate within the same framework as western philosophy’s seeming assumption that there exists a stable essence that is the ship of Theseus.

Why is this? well, within its ancient 2500+ year philosophy, Buddhism does away with essences altogether and the concept that’s responsible for the doing away is called emptiness (known as Śūnyatā). Often misunderstood to mean the absence of matter or stuff, emptiness just means the absence of inherent self-nature.

Things or people, emptiness views everything as effects arising out of prior causes, that is to say they are dependently originated and are manifestations of history. All phenomena are dependent on substances that are at the same time not it!, which means there can be no enduring essential essence – all is impermanence.

Nothing exists concretely as a singularity ‘not even an essence as small as a sesame seed.’

Emptiness is deconstructive, both as method and as concept. What is deconstructed is our conventional tendency to essentialise phenomena. To clarify, when we essentialise we’re imputing onto something this essence of having an independently existing self; we feel that a thing, its being, inheres in itself alone.

In addition, there’s the two truths: conventional reality and ultimate reality. Conventional reality is the default everyday approach regarding phenomena, the typical attitude of looking at, say, a car as something that has inherent existence and as something whole. Ultimate reality just refers to emptiness (the rest of the article will explain). The two truths are a mode of perceiving reality  which we can view by switching back and forth between the two truths.

Despite the name, emptiness is a rich philosophical subject matter which would be beyond the scope of this article to explore deeper. All that matters here is that a basic crash course explanation has been provided and so we go on.

No ship of Theseus

The identity of the thirty-oared galley known as the ship of Theseus was based on its component parts: the oars, the deck, the sail, the hull, even maybe the eyes painted on the front (common on ancient Greek war galleys). These elements put together in dependence are what created the familiar image expected of an ancient Greek ship.

A ship is a mode of transportation allowing travel across bodies of water and should ideally be seaworthy. Theseus’ ship exists only as a conventional designation, as an entity constructed through the aggregation of elements based on considerations of utility.

The ship did not arise from itself, it was created at a shipyard.

The mass of timber that was destined to be fashioned as the hull of the ship was likely at one time an assortment of trees, standing upright and unmolested amid the chirping birds and the scurrying fauna of a nearby Athenian forest. Then the trees were chopped down, felled by woodsmen who eventually hauled the wood into the hands of the shipwright.

The Greek philosophers were viewing Theseus’ ship through the conventional view, grasping at the ship as being an independent entity and having inherent essence. As we know, Theseus and friends had many adventures on that ship and the wear and tear of entropy necessitated replacement of the parts. Theseus or the Greek philosophers can point at the ship with outstretched pointy fingers, but that is nothing else other than signifying a conceptual designation on a signified perceptible which is void of “ship of Theseusness” from its own end.

You can paint the ship pink or green, you can add extensions to it maybe even replace the figurehead. We can swap around the timber boards for new ones many times over like playing musical chairs. But no matter how many the number of times we replace the hull, the deck or the sails there is no real possession of the whole by its parts.

On the atomic level, there is no atom that has the essence “Ship of Theseus” inscribed on it and neither on the whole level of the ship with its sails, oars and hull. The same principle goes for any replacement parts, sail, oars, hull and all.

Emptiness, my friends is the radical challenge to Theseus’ paradox.