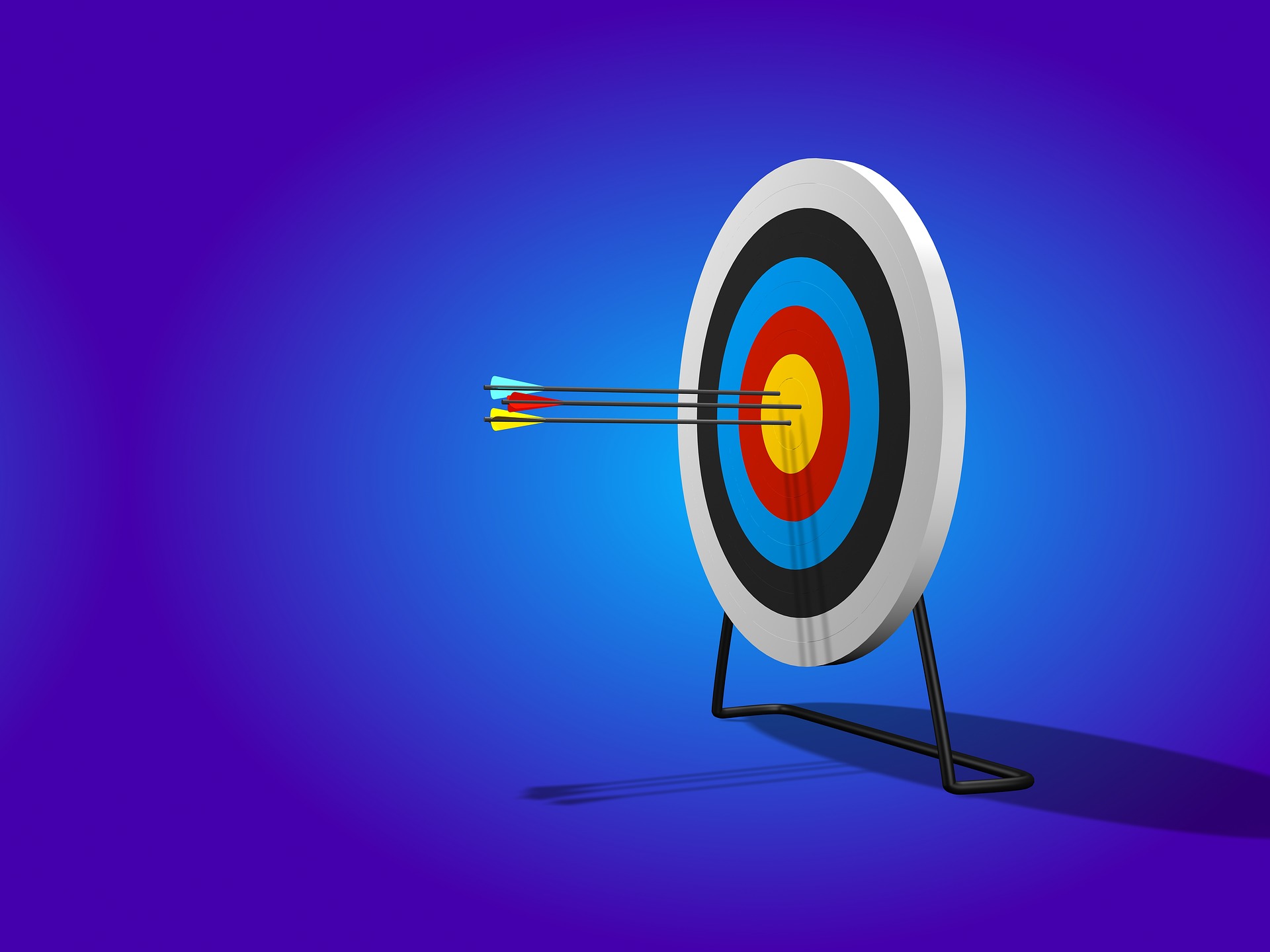 The origins of cosmopolitanism can be traced all of the way back to the 4th Century BC, to the then much loved (as indeed he still is today) Diogenes of Sinope, who having been forced into exile from his home city of Sinope moved to Athens to live the simple lifestyle of an ascetic, sleeping in a cracked pot in the marketplace and begging for food.

The exploits of Diogenes are manifold and legendarily famous, he turned philosophy into a performance-art, demonstrating his values through deeds not just words, becoming a hugely popular and much-loved figure in and around Athens.

Citizenship in ancient Athens was only eligible to Men who were born and raised in the city. The right to vote was only granted once a citizen had completed their military service to the state. Exceptions were made by the ruling elite but were incredibly rare being granted as a reward for some service to the government.

Despite his philosophical success, Diogenes was never made an Athenian citizen and probably would have disdained it in any case as Diogenes was not a conventional man by any means. The approval of others and in particular men in authority meant nothing to Diogenes.

Once asked where he came from Diogenes answered, ‘I am a citizen of the world.’ Let’s face it, he had no other choice, he couldn’t claim Athenian citizenship and couldn’t go back to Sinope. Cosmopolitanism was a cold harsh fact for Diogenes. He could wander wherever he pleased, but it gave him no rights or special privileges. To be cosmopolitan was to be always an outsider. To be an outsider was potentially life-threatening in ancient Greece.

And so it went with one of my favourite Stoics, Musonius Rufus, who 400 years later was exiled from Rome by Emperor Nero in 65 AD as a result of being involved in the Stoic opposition to the aforementioned Emperor’s tyranny. By all accounts, Nero was ‘not a nice chap,’ and was perfectly fine with the trumped up and conveniently levied charges that implicated Musonius in the same Pisonian conspiracy that led to the death of the prolific and stoic writer of philosophical letters, Lucius Annaeus Seneca.

A lot of people would have thought that being ordered to commit suicide like poor old Seneca was better than exile, being sent outside of the bounds of normal Roman society in a place as harsh as the distant island of Gyaros was a fate worse than death, but not for Musonius Rufus, who not only prospered in exile (forming a community of philosophers) but thrived.

“Others have been in poor health from overindulgence and high living, before exile has provided strength, forcing them to live a more vigorous life.”

Musonius returned to Rome after Nero’s death during the reign of Galba (68 AD) only to be exiled again by Vespasian in 75 AD, only to return again after Vespasian’s death in 79 AD.

That man not only travelled a lot but as far as the Roman establishment was concerned was about as popular as a pork pie in a synagogue!

Then the last word on Cosmopolitanism goes to the 2nd Century AD philosopher Hierocles (100 AD – 150 AD), who expounds at length in the ethical fragments on the nature of the state and an individual’s service to it.

Hierocles was pretty clear that you should love your country/state more than you love your parents or your spouse after all the state gives you everything that you need to live a good life from the moment that you are born.

“…our Country is as it were a great secondary God, and our first and greatest parent.”

Hierocles was a traditionalist and a civic nationalist in every sense of the world and clearly, a patriot as evidenced from the following two quotes taken from Fragment II – ‘How We Ought To Conduct Ourselves Towards Our Country.’

“This reason, also, proclaims that our country is to be honoured equally with our two parents; so that we ought to prefer it to either of them taken separately, and not to honour the two more than it; but to pay an equal portion of respect to each;”

Just to ensure that there can be no ambiguity to his words he then goes on to say:

“But he who prefers his country to himself is dear to divinity; and reasons fitly and firmly.”

“Hence, I say, it is necessary that every passion and disease of the soul should be removed from him who intends to act well by his country. It is likewise requisite that a citizen should observe the laws of his country as certain secondary Gods, and should render himself perfect conformably to their mandate. But he who endeavours either to transgress, or to make any innovation in the laws, should be with all possible diligence prevented from doing so, and in every way opposed. For contempt of the existing laws, and preferring new to ancient laws, are things by no means beneficial to a city.”

“But customs, which are truly those of the country, and which, perhaps, are more ancient then the laws themselves, are to be preserved no less than the laws.”

In other words, Hierocles was a big fan of things that worked, seeing needless change as destructive to the state. It’s worth noting that he would not have tolerated the modern day doctrine of multiculturalism which builds self-sufficient, autonomous nations within nations. It’s clear from the above that if you lived in Rome then it was wise that you kept to the laws and customs of Rome. Likewise, if you were to travel to other parts of the Empire or beyond then you should keep to the laws and customs of those countries respectively.

Hierocles then goes on to say in Fragment VI – How We Ought to Conduct Ourselves Towards our Kindred.

“For, in short, each of us us, as it were, circumscribed by many circles; some of which are less, but others larger, and some comprehend, but others are uncomprehended, according to the different and unequal habitudes with respect to each other.”

Hierocles then explains the circles of concern, the innermost being the one that encloses your own mind and body, (the smallest circle). Next, we have the circle in which we place our immediate family such as parents, brothers, spouse and children, followed by another even greater circle that includes our uncles, aunts, grandparents, nephews and nieces and so on. After this is the circle in which we place all of our remaining relatives, next to this is that which contains the common people, then another in which we include our tribe which is in turn surrounded by a circle made up of the general citizenry. At this point, two further circles follow one being those that dwell in the vicinity of the city and the other of those in the same province. All of this is finally surrounded by the greatest circle of all, one which encompasses all of humanity.

“But the outermost and greatest circle, and which comprehends all other circles, is that of the whole human race.”

“These things being considered, it is the province of him who strives to conduct himself properly in each of these connections to collect, in a certain respect, the circles, as it were, to one centre, and always to endeavour earnestly to transfer himself from the comprehending circles to the several particulars which they comprehend.”

In other words, he is mindful that we’re one human family and is following the Stoic doctrine as expressed by Marcus Aurelius (121 AD – 180 AD) that all men everywhere were created by the Gods to work together.

This concept is at the heart of the cosmopolitan ideal of the ancient world. in other words you are virtuous if you respect your state, it’s laws, customs and comforts, but you are not dependent upon any of those things for your own piece of mind or happiness. Should you, like Musonius Rufus or Diogenes of Sinope be unable to avail yourselves of the privileges that come from being born and raised in your host country then you are more than adequately equipped to live elsewhere and thrive.

This would indeed be true of any good Stoic or Epicurean philosopher making him or her a citizen of the Cosmos, a true cosmopolitan.

Cosmopolitanism in the ancient world is a far cry from how it’s perceived today, being mixed up with corporate policies reskinned as a humanitarian acts that leave our capital cities full of people from all over the world living by their own rules in their own separate enclaves, with all of the resultant social problems and atomisation that it brings.

That being said, it is nevertheless a good thing to show concern for the difficulties of people in a far-flung land or to welcome people from abroad by drawing in the circles of concern to the centre and seeing what actions that leads you to. Yet stoic doctrines show that it is clearly wrong to put those issues ahead of the interests of your own state and its people, and in particular the people closest to you, those friends and family members amongst the inner orbits of your circles of concern because the state is a secondary God to you and it’s ways and customs must be preserved, because all other things depend upon it.