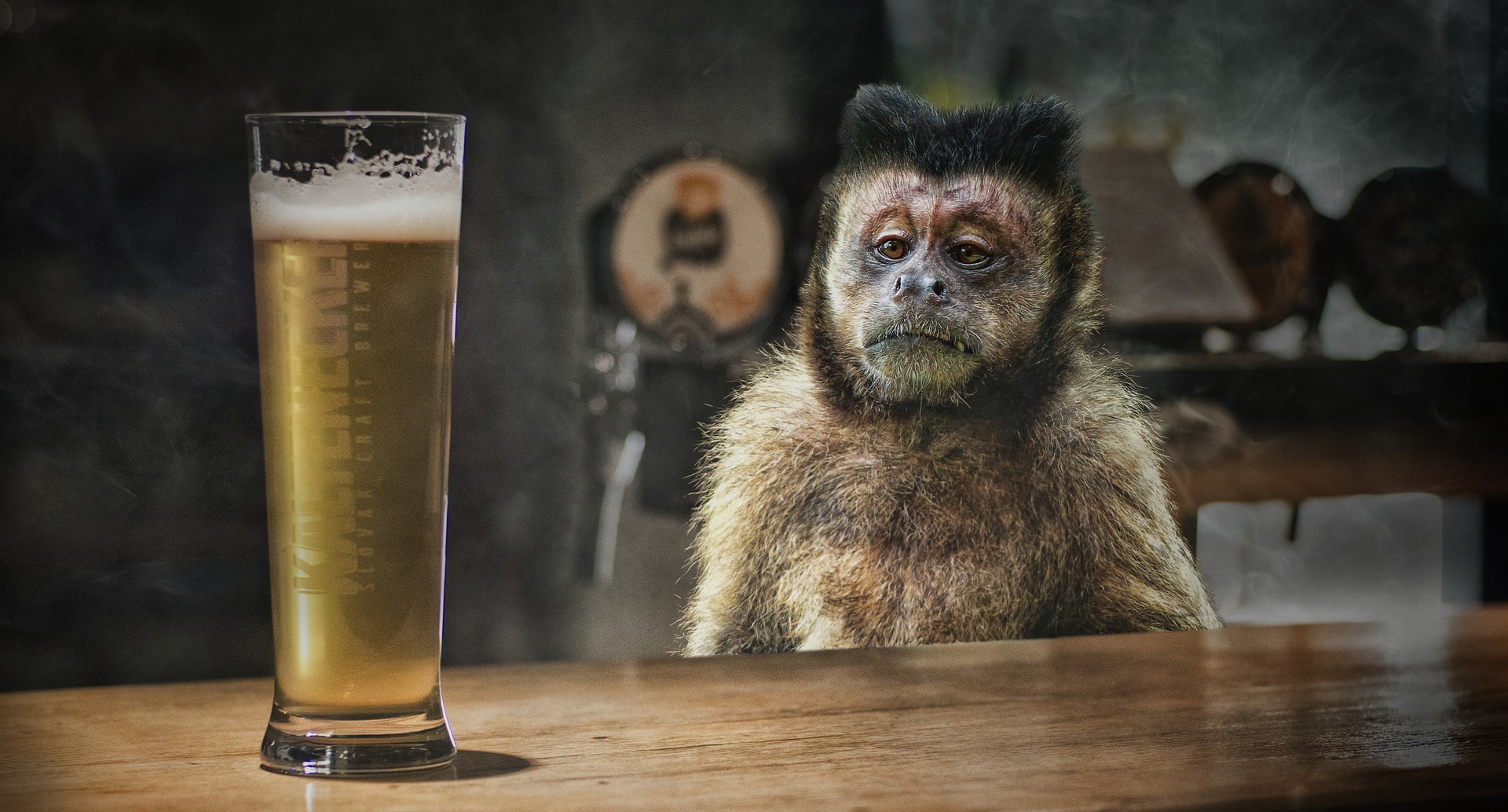 Like most young men, I used to like to go out and get drunk with friends after a hard week’s toil in my dead-end job. Drinking doesn’t suit me, it’s never been my forte, I wasn’t born with ‘hollow legs,’ as my mother calls it. Members of my family could drink all day and night and still look sober at the end of it all. They could function normally and put their clothes neatly back in their wardrobes! Worse still they could wake up the next morning and feel absolutely fine, happy to be alive in fact!

I wasn’t lucky enough to get that gene, my hangovers were the stuff of legend… Often clearing up around about 5.30pm the next day, I repeatedly reasoned that a full day’s worth of pain and anguish, foggy thinking, the shakes, the shits and time dilation (the days felt much longer than they should have) wasn’t worth the 3 or 4 hours of drinking and merriment the night before, I would resolve to never do it again until the next weekend that was…

Then after one such winter night out with friends which involved drinks, Chinese food, more drinks and a deep dive into even more drinks I managed to fall off the top of a filing cabinet in an abandoned office building, before walking through a floor to ceiling glass partition in the aforementioned building (like a bird hitting a window), before climbing through a skylight in what was left of the crumbling ruins to get on to the roof to look at the stars before sleeping in a cold, damp former office fully clothed and rolled up in an old carpet for warmth only to wake up the following morning with the world’s worst hangover. My friends who had shared a similar fate, albeit not as severe as my own, told me that I looked like, ‘I had gone fifteen rounds with Mike Tyson,’ such as the state on my puffy, swollen, dark-eyed face the next morning.

Things were made much worse when after several hours of slowly sobering up, blinking at the harsh winter light, I was finally able to drive the car home, the car was loud at the best of times in the way that old Ford’s from the 1970s always were, combined with the magnifying effect of the hangover meant that I could probably have heard a mouse farting, but even then I wasn’t prepared for what happened next. The exhaust dropped off, and suddenly the engine was 20 times louder than normal. The devil had turned up the heat in my own private hell! The increased engine noise coupled with the effects of ‘time dilation,’ was enough to make me once more resolve to ‘…never again,’ but this time I meant it!

Little did I realise that at that moment I’d become a hedonist, not in the modern sense of indulging in pleasure at any and all costs (I’d been doing that several years prior, and it hadn’t worked out that well for me,) but in the ancient sense. In the weeks, months and years that followed I learned how to maximise pleasure and minimise pain. Epicurus would have approved!

Epicurus (341–270 BC) was an ancient Greek philosopher and sage who founded Epicureanism, which was a highly influential school of philosophy forming the main opposition to Stoicism.

Epicurus was a hedonist, which is someone that believes pleasure to be a moral good, pain a moral evil. The ultimate goal of an old school hedonist from the ancient world is to live in a state of Ataraxia or ‘untroubledness,’ such a state is to be completely free from pain and suffering and thus happy!

“He who has peace of mind disturbs neither himself nor another.”

You see in the ancient world a hedonist was a very disciplined character, he’d drink enough to enjoy himself but not enough to get a hangover. Hangovers are very painful experiences and are the antithesis of pleasure, hangovers are thus an ‘evil.’

“We must, therefore, pursue the things that make for happiness, seeing that when happiness is present, we have everything; but when it is absent, we do everything to possess it.”

Hedonists would eat simple foods that nourish the body, arguing that simple pleasures are the best ones as they are more readily available and as good as the greatest feast. Luxury is neither necessary or desirable as they can inflame the desire for more, which is a state of mind deeply removed from ataraxia. The reduction of desire in all of its forms was something to be constantly worked at.

Epicurus taught that a person must take into account whether the consequences of his actions will result in suffering, because a person who engages in acts of dishonesty or injustice will be forever denied the peace of ataraxia on account of having to live with the fearful awareness that one day, probably sooner than he’d like, the fruits of his bad deeds will ripen and catch up with him, thus it should come as no surprise that hedonists would also make for great citizens thanks to their belief in a social contract model of justice in which they agreed to neither harm or be harmed. Criminals would threaten the existence of this contract, hence the need for fair or just punishment.

“It is better for you to be free of fear lying upon a pallet, than to have a golden couch and a rich table and be full of trouble.”

In the main the Epicureans of the ancient world would spend their days working gainfully, living simply, being kind to others in the way that a good neighbour or a helpful friend would be to all, being careful not to cause harm or be harmed in the process.

“Empty is the argument of the philosopher which does not relieve any human suffering.”

Epicurus taught that a good life was one in which you worked gainfully towards self-sufficiency, having good like-minded friends with which to talk and share interests as well as the time to study philosophy.

“Nothing is sufficient for the person who finds sufficiency too little”

Epicurus established his own school, known as “the Garden”, in Athens and there practised what he preached, living with his friends (both male and female) from all walks of life as an extended family of equals and by all accounts was blissfully happy!

“To eat and drink without a friend is to devour like the lion and the wolf.”

“The art of living well and the art of dying well are one.”